Back from holiday with a bump

At the time of writing, it’s a little over a fortnight to the 2021 Budget, and the housing market is waiting with bated breath to see what Chancellor Rishi Sunak will do about stamp duty…

We previously wrote about the stamp duty holiday here, describing it as a ‘little ray of sunshine' for homebuyers.

However, the clouds of coronavirus are coming again, and there are increasing calls for the Chancellor to extend the holiday past the March 31st deadline – and with good reason.

In a nutshell, the stamp duty holiday worked, at least in terms of its aim to kickstart the economy through boosting the housing market; by the end of last year, annual mortgage approvals were at their highest since 2007, at 818,500.

That came just six months after the lowest ever levels were recorded in May – meaning the scheme clearly had an impact.

However, the boom may not have solely been down to the holiday, as increasing numbers of people working at home decided to make a move for more space or more garden.

However, the holiday also had the knock-on effect of boosting house prices, when demand outstripped supply as people hurried to meet the deadline.

And, while this is great news for home owners, it’s not so great for first-time buyers, who may find themselves (once again) priced out of the market.

Property website Rightmove reported that prices were up by over £1,500 in February compared to the previous month - the first increase for four months. 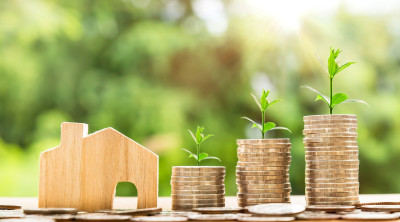 There are fears that the momentum could be lost if the holiday ends when it is due to at the start of March.

While the scheme is clearly not the only reason for the mini market boom, it has had an obvious part to play, and may well have been the final piece of the puzzle for the undecided.

The issue was debated in Parliament in February, after a petition called ‘Extend the Stamp Duty Holiday for an additional six months after 31st March 2021’, gained more than 110,000 signatures.

There are signs the Chancellor may be considering a six-week extension, which, while considerably less than the six months campaigners have lobbied for, would still give some relief.

The holiday was a remarkable and welcomed scheme that ensured the survival of the market through a dark period. With so much uncertainty surrounding the future, is now the right time to call a halt?