Five places to explore in the North East

The North East is well-known for its fascinating history, scenic coastlines and inclusive culture, making it the perfect place to explore. For National Walking Month, we have created a list of our top five favourite places to stretch our legs.

Overlooking Embleton sands, the 14th-century ruins of Dunstanburgh Castle were built between 1313 and 1322, taking advantage of the surrounding natural defences and an Iron Age fort. Although it has fallen into decay, the English Heritage site still exhibits a twin-towered keep and displays the interesting history of battles, including the Wars of the Roses.

As well as the castle itself, the surrounding area includes the picturesque village of Craster, which is great for trying the local delicacy, Craster Kippers. 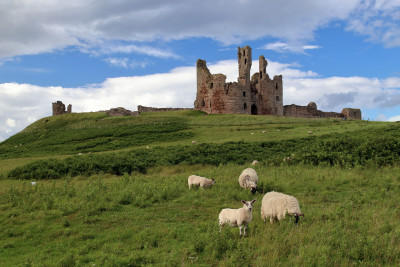 Located in the heart of the Durham Dales, High Force is one of the most impressive waterfalls in the country! Dating back over 300million years, the River Tees drops a huge 21 metres into a plunge pool which is surrounded by wonderful woodland. The five-mile walk takes you through Upper Teesdale, within the North Pennines and includes both the Low and High Force falls. 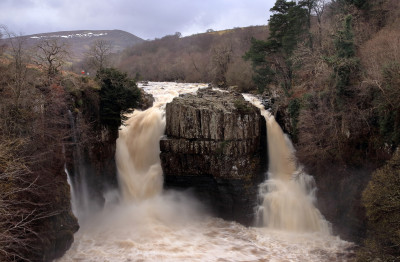 The 73-mile wall, which stretches from coast to coast, dates to the Roman Empire, and remains of forts, towers and turrets are still there for all to see. The World Heritage Site consists of 20 locations for you to explore across the North East, including Cumbria, Tyne and Wear and Northumberland. 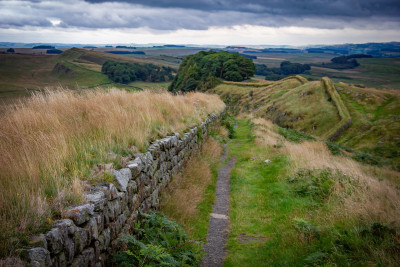 Discover the history of the reservoir while taking a stroll around the 3.5-mile trail. The site is one of the biggest inland waters in England and is suitable for exploring with bikes, wheelchairs and pushchairs. The path splits into shorter sections along the dam to Pow Hill Country Park (2 miles), or from the north shore of the dam wall to a picnic site (1.75 miles).

You may have spotted the infamous summit if you’ve passed through Teesside or North Yorkshire. Roseberry Topping has a distinctive half-cone shape that looks like a cliff-drop and is 320m above sea level. Many people explore the peak, which takes around an hour to climb and is two miles long from top to bottom. Although its history is extraordinary – each step towards the summit represents around 5,000 years in geological time, as the rocks that form the landmark were laid during the Jurassic period! 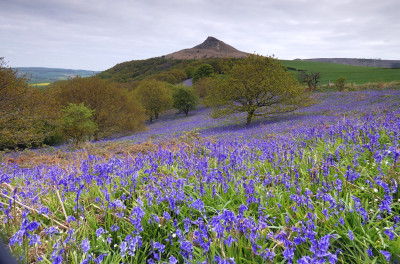 Where is your favourite place to explore in the North East? Let us know on Twitter, @ventureprop.