Lumiere returns to light up Durham

Lumiere returns to light up Durham

Since the first magical event back in 2009, the City of Durham has played host to the Lumiere light festival every other year. It was originally planned as a one off, but it’s art displays charmed the North East so much that it’s kept coming back, bigger and better each year.

Our fifth favourite piece has to be the Christmas Tree with a difference, that came to the Prince Bishop’s Shopping Centre in 2013. The illuminated tree was made from thousands of discarded plastic bags and was 9 metres high. Not only did it make the public think about the impact of consumerism, it also looked fantastic! 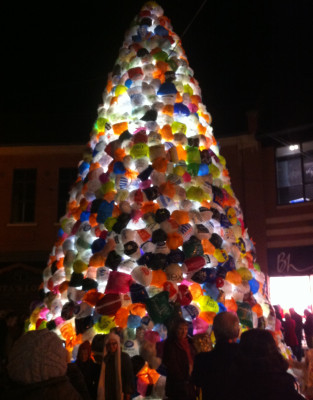 The Cloud instalment in 2015 was made of 6,000 incandescent lightbulbs and was interactive for the public, inviting people to turn the bulbs on and off with pull chains. 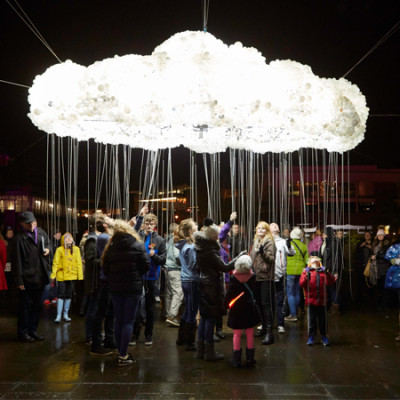 We love how pretty it looked, but also the thought behind the design. The artist wanted people to consider how quickly technology is developing and what might come next for us.

2013 saw an impressive 3D elephant stomping across Durham’s Elvet Bridge. The projection was life-like and accompanied by realistic jungle sounds. Elephants may never forget, but in this case, we’ll never forget the elephant!

Our penultimate favourite has to be one of the most memorable displays of Lumiere, when the Marquess of Londonderry statue in Durham Market Place was encased in a life-size, electric snow globe. It was beautiful, bizarre and we loved it! 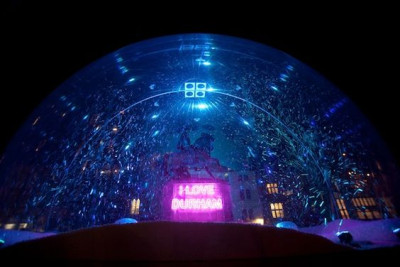 We have to give our number one spot to the attraction that has been around since the first festival in 2009, and has continued to wow the public at every event since. The Cathedral has been the central focus of an extravagant projection show every year of Lumiere, telling a different tale each time with beautiful lights, imagery and amazing transitions. Lumiere wouldn’t be the same without it. 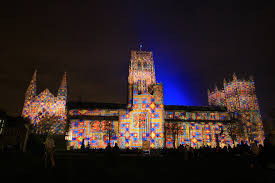 We hope we’ve made you excited for this year’s Lumiere Festival on the 16th-19th November. If you think we’ve missed off an attraction that deserves to be in the top five, tweet us at @ventureprop!

The festival is open from 4.30pm-11pm every evening, with a free ticketing system for central attractions during peak times (4.30pm-7.30pm). For more information, visit http://www.lumiere-festival.com/